How to install Chinese in my computer?

How to input Chinese Words in my computer or smartphone?

What are most commonly used Chinese fonts in publishing or web pages?

What is the best way to learn Chinese Characters?

How to handwrite Chinese Characters with Finesse?

How to Handwrite Chinese Characters with Finesse

How to input Chinese using Pinyin in Windows 7 用拼音輸入繁體字​

Install Traditional Chinese in your computer

How to Set up Simplified Chinese input on windows​

How to Type in Chinese

If one type of font had to be chosen to represent Chinese typography, it would be the songti. Early songti scripts were in use as far back as the Song Dynasty (960-1279 A.D.), when Chinese woodblock printing reached its golden age. Due to the grain of the wood in the woodblocks, which ran horizontally, horizontal lines were easy to produce and could be thinner, but vertical lines, which ran counter to the wood grain, were prone to breakage during carving, and had to be thicker. Plus, because the end points of the horizontal lines were easily worn away, flourishes were added to make them thicker and longer-lasting. And so songti, the Chinese serif typified by perfectly straight horizontal strokes, wider verticals, and classy but regimented flourishes, was born. 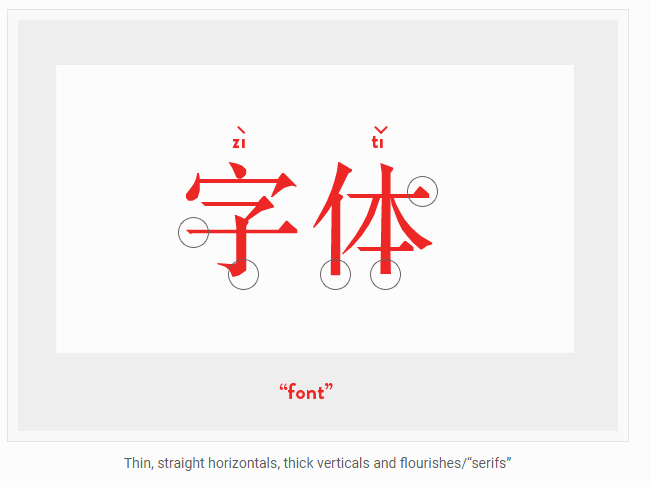 The other major classification is the heiti, which could loosely be translated as "sans-serif". Heiti fonts are a relatively modern invention. The exact history of heiti is heavily disputed by scholars, but we see it emerge in the commercial press around the early 1900's.

A Kaiti font mimics basic brush script lettering - you might loosely translate this as "regular brush". But a kaiti is not a novelty font, it never gets overly flowery, and it's still constructed within certain parameters and maintains an upright structure. Here's Adobe Kaiti Standard which comes bundled with Photoshop and some other Adobe products. 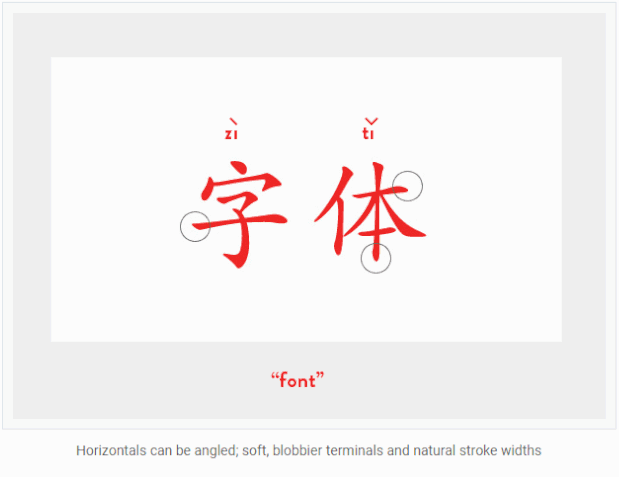 Make Your Own Handwriting Fonts

A Brilliant Way to Learn Chinese Through Pictures

How to Learn Chinese Characters